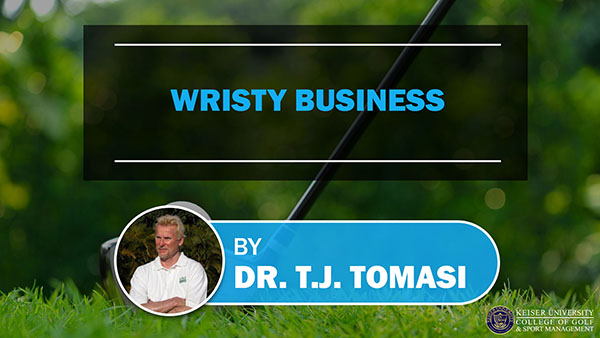 Theme: The release is misunderstood because it has three parts that must be coordinated – they are: (1) wrist action (2) body action and (3) forearm action, all of which, when done correctly, combine to square the clubface to the ball. When any or all of these are absent or out-of-whack, the release is faulty, and the shot goes haywire. This article deals with wrist action. The wrist/hand has 27 degrees of freedom, and it is an architectural masterpiece as far as movement goes. But this incredible array of motions must be controlled to swing correctly, which is why every good golf teacher has hand/wrist control techniques in their teaching arsenal. If your student cannot control their hands, they can’t control the clubface, and this means they can’t control the golf ball.

Much attention is paid to the lead wrist, an area that can be the source of problems since it is one of the weakest joints in the golf body. Any rogue force applied by the trail hand will buckle the lead wrist, causing the clubface to spin out of control. Thus, all good players have found ways to control the trail wrist. Look at the photo below of the hands as they pass over the rear foot. Here the palm of the trail hand looks at the sky with its knuckles to the ground. 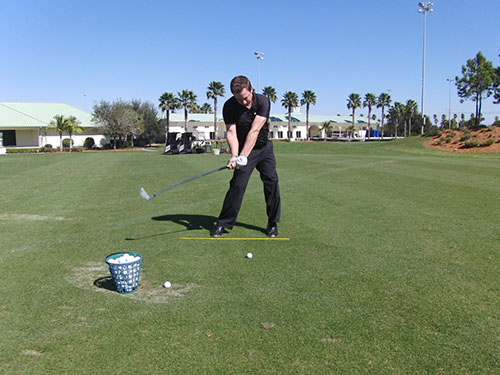 This pro looks ‘late,’ but if there is any single position that the good player gets into, it is this trail-knuckles-to-the-ground position. I estimate that only 2 % of golfers routinely produce this position. Note the trail wrist has a slight cup, and even though it’s almost impact time, a restraining strategy has been learned that will protect the lead wrist from buckling. The strategy is that instead of trying to keep the lead wrist straight, seal the trail wrist.

The Seal of the Trail Wrist

To prevent a sloppy impact, your lead wrist must stay in line with your forearm. If there is any premature pressure exerted on it by the trail hand, your lead wrist will collapse, thereby spinning the clubface wildly off-line. Thus, the trail hand should be behind and under the lead hand just before impact, and the only way it can stay that way is by sealing the trail wrist so that it remains bent back toward your rear forearm. Remember, if you must choose, that, under pressure, it is much easier to maintain a position than to create a new one. Through impact, the release itself includes an opening of the seal as the trail wrist swivels around its forearm using the same motion as you would to rotate a doorknob open. It is only after impact that the rear wrist releases its cup fully, and the lead wrist naturally collapses from its pressure. This is why a powerful and accurate release is called ‘a late hit’- the only thing late about it is the collapse of the lead wrist.

If your student is a spinner of the clubface, the proper seal management will feel as if the ball is going dead right (opposite for a left-hander); so it is your job to remind him or her not to confuse comfort with correctness while they are learning the seal. Initially, if it feels good, it’s probably wrong.

END_OF_DOCUMENT_TOKEN_TO_BE_REPLACED

When You Should Consider Custom Golf Clubs