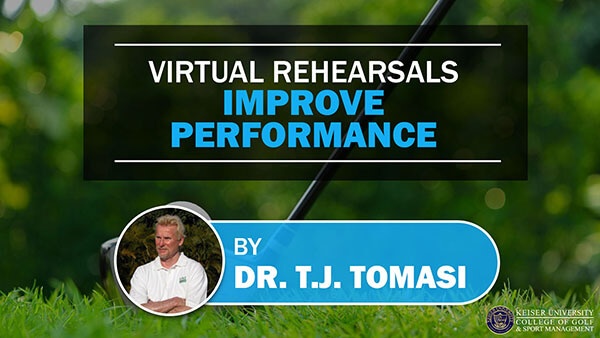 Everyone can create images on their mental screen — it is power as natural as breathing, but very few have control over this power. Only champions have it on call, waiting in the wings as the ultimate deciding factor in competition.

A remarkable example of employing the power of imagery comes from Charlie Wilson, one of the world’s finest neurosurgeons. Dr. Wilson, who is retired now, was an expert in a very difficult procedure called trans-sphenoidal resection — the removal of a tumor from the pituitary gland. His secret of success? Wilson mentally rehearsed every step of a pending operation before setting foot into the operating room. “It was a virtual rehearsal,” Wilson said, “so when I was doing the operation, it was as if I was doing it for the second time.”

One way to harness the power of imagery that has proven itself effective is the use of two mental transition periods — entering and coming out of sleep. During these periods, the brain is in a state in which brain waves signal synchronization of the right and left hemispheres of the brain. This state is most conducive to producing multi-sensorial images so powerful that they can dramatically improve performance.  Can you learn things in your sleep? Yes, says Dr. Noam Sobel of Israel’s Weizmann Institute. Using a tone followed by an odor, Sobel conditioned sleeping subjects to connect the auditory with the olfactory event. The next morning, absent any conscious memory of the tone-and-odor experience, the subjects were exposed to the tone and began sniffing the air in expectation of the odor, proving they had learned while they slept.

I suggest to my students that they use their imaging skills to improve their golf swing by imaging the swing they learned in their lesson that day during the pre- and post-sleep periods of their sleep that night. You’re learning something during these periods, and it might as well be something really important, like your golf swing! 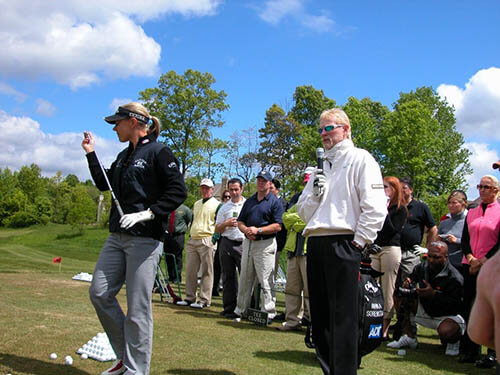 Perhaps the greatest woman golfer in history, Annika Sorenstam, stares down the landing area like a gunfighter – and this is only a demo for the fans.