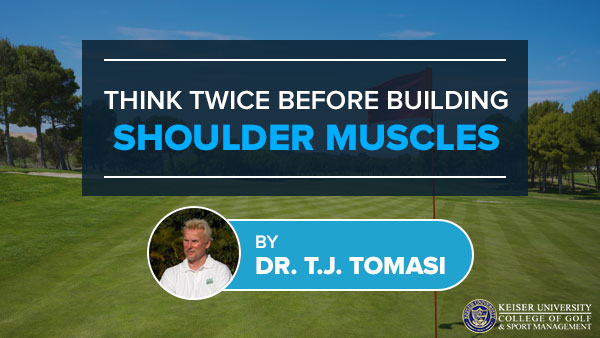 As much as he loved tennis, Jack Nicklaus never played during the golf season because he did not want to work the wrong muscles in his shoulders, one of them being the deltoid.

‘The rotator cuff is actually composed of four muscles, which underlie the deltoid muscle,’ explained the late Dr. Frank Jobe in his book 30 Exercises for Better Golf. A pioneering orthopedic surgeon best known for developing ‘Tommy John’ surgery, Jobe also relayed in the publication that, ‘The deltoid covers the shoulder joint in a triangular pattern and its job is to raise the arm away from the body.’

Research by Dr. Jobe indicates that the deltoid is not involved in the correct golf swing, which is why Nicklaus eschewed tennis and many tour players stay away from the military press in their gym workouts, an exercise in which you lift the bar over your shoulders, thereby building up the deltoid. As a matter of fact, most professional golfers stay away from any exercise where the hands and arms are thrust above the shoulders.

Part of the reason is that you don’t want to create muscular imbalances in the shoulder girdle, but some recent research suggests that when you practice non-complementary sports, you also establish rival neural firing patterns that linger. The research involved the three sports included in triathlons, but it is certainly possible that the findings also hold for golf and its counter-indicated sports, such as swimming and tennis. Golf is hard enough without having to worry about a civil war in your brain between rival patterns.

The shoulders rise and fall in the golf swing, but only because they rotate with the spine, which is at an incline. This gives the perception of an independent shoulder rise and encourages copycats to hunch the shoulders in mimicry, a mistake that disrupts the plane of the golf swing. 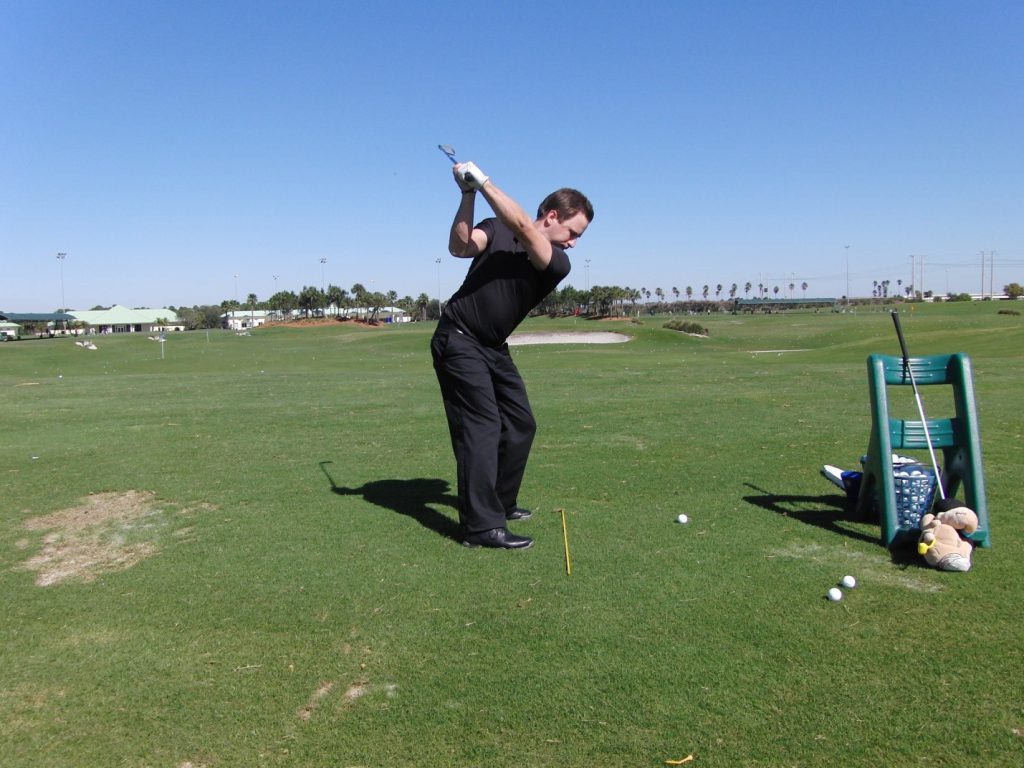 At this point, the shoulders appear to be uneven across the spine, but that is only because the spine is tilted. 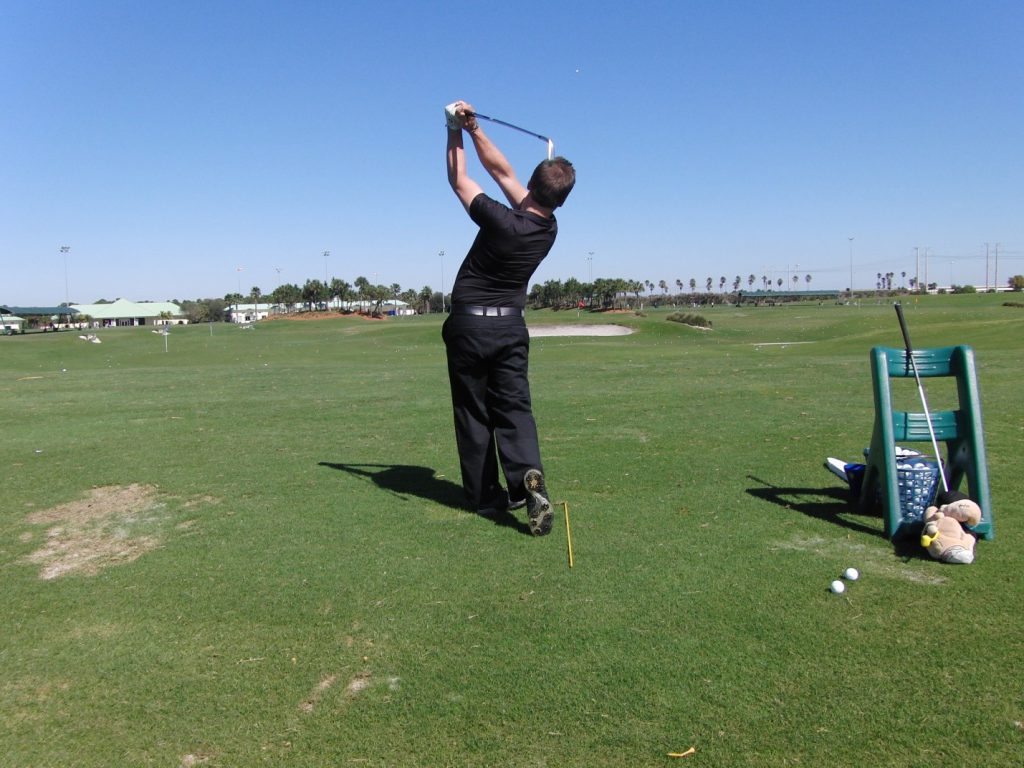 The shoulders are perpendicular to the spine just as they were in our first picture, but now the spine is upright.

In any case, if you’re serious about your golf, I suggest that you don’t do exercises or play sports during the golf season that will create rival motor programs in your brain.