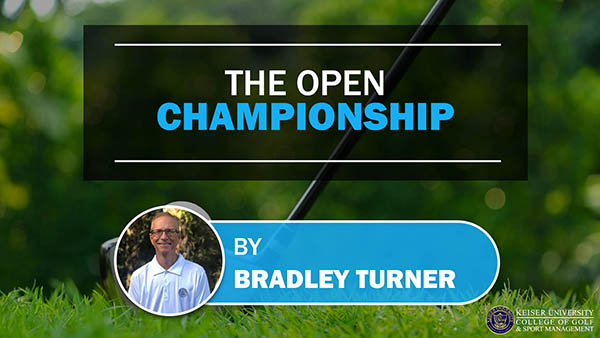 The 149th Open Championship was a bit different than so many other Open Championships when the wind and the rain have played havoc with the players. This year, the Open was blessed with perfect weather, resulting in Collin Morikawa shooting a near record 265 (-15) at Royal St. George’s. Morikawa is slowly building up a World Golf Hall of Fame career with five PGA Tour victories, including the PGA and Open championships. It is only appropriate that a future hall of fame golfer has put their name on the Claret Jug. When reviewing the names etched onto that famous trophy, very few of the all-time great golfers are missing.

According to a recent article from Athlon Sports, only one of the top 15 golfers of all time has not won the Open. Byron Nelson only played in the Open championship once and finished 5th to take home $180 in winnings. The ship fare across the Atlantic was about $1,000, and it was a three-week commitment. One week to get there, another week for the championship, and the last week to get home. Byron never went back to seek the Claret Jug. Ben Hogan finally decided to take the long journey to Scotland and won on his only attempt at the championship, winning by four strokes at Carnoustie. The other top 15 golfers on the Athlon Sports list include Woods, Nicklaus, Snead, Palmer, Jones, Watson, Player, Sarazen, Mickelson, Ballesteros, Trevino, Hagen, and Faldo. These players are so great we can use only their first names to identify who they are…Tiger, Jack, Sam, Arnold, Bobby, Tom, Gary, Gene, Phil, Seve, Lee, Walter, Sir Nick, Ben, and Byron. That is an impressive list of names, whichever way they are listed.

What is it about the Open championship that brings out the best in the world’s great players? The venues certainly are an important ingredient in testing the skill of a golfer. The tournament is held on traditional links-style golf courses that challenge not only the skill of striking a golf ball but also test the spirit and mind of the professional with wind, rain, and unpredictable bounces of the golf ball. The links venues challenge all aspects of the game and seem to always bring out the best in world-class golfers.

In the true spirit of an open championship, any quality golfer in the world has a chance to make the field through a series of qualifying events. The Open Championship has been held since 1860, making it the oldest
tournament in golf. The names engraved include historic champions of the 19th century, including the great Harry Vardon, J.H. Taylor, and James Braid. When the Open champion is presented the Claret Jug as the “Champion Golfer of the Year,” they all look to see that their names are engraved on the most celebrated trophy in golf. For the remainder of golf history, Collin Morikawa’s name will be engraved among the best to have ever played the game.

Why the Claret Jug?

Without question, the history of the championship is at the heart of any desire to hold the Claret Jug. The names on this most coveted trophy date back to 1872 when Tom Morris Jr. won the championship for the fourth time. Prior to the 1870 Open, the winner was presented the Challenge Belt, which was expected to be worn to social events for the entire year. The winner would return the Challenge Belt prior to the start of the next Open Championship. It was also understood that if someone could win the Open in three consecutive years, he could permanently keep the Belt. Tom Morris Jr. did just that by winning the Open Championship in 1868, 1869, and 1870. There was no championship held in 1871 since there was not a trophy to present to the winner. Therefore, a new trophy needed to be created to present to the winner, the Claret Jug.

The smallest of golf’s four major championship trophies, but the one with the largest history behind it is the Claret Jug. Made of sterling silver, the official name of the trophy is The Golf Champion Trophy which is etched onto the trophy. Winners of the Open are considered to be the “Champion Golfer of the Year,” a term that must ring wonderfully in the ears of the winner.  The Claret Jug is designed to hold a full bottle of wine and is blessed with an unusual adornment on the handle of the jug. The bearded face of Dionysus, the Greek god of wine, is positioned at the top of the handle where the thumb is placed in pouring the beverage of choice.  The beverage of choice is not a Scottish single malt scotch but rather a nice French Bordeaux, which the folks in England like to refer to as a claret wine.

When Collin Morikawa was presented the Claret Jug on Sunday, he said that “hearing the champion golfer of the year gives me chills.” I am certain that almost any golfer that is fortunate to hold the Claret Jug would get a similar feeling. In 1994, I was at an event at Lake Nona Country Club in Orlando when I got my chance. Lake Nona member Nick Price had just won the Open Championship at Turnberry, and the oldest trophy in golf was on display for the membership. The Director of Golf, Gregor Jamison, was kind enough to bring out the trophy and talk about the history of it and let a few of us hold the Claret Jug. Holding the Claret Jug was incredible! Even though my name was not on the Jug, it was still a chilling experience to have it in my hands as I scoured through as many of the names as I could in the short time I held history in my hands. I could have studied the trophy for hours as there is so much to the special silver jug.

When the average American golf fan is asked which major championship would be the best to win, the Masters has always been on top. It is also the same when American PGA Tour professionals are asked that particular question. If you ask international players and fans, the answer can be different. The Masters is an invitational, so it is very difficult to get into the field, especially for international players. The Open has always been open to any golfer in the world to qualify and participate. The Open has been played on traditional links-style golf courses, the kind of courses that have been played upon for almost 500 years. For golf historians and many passionate golfers, the best major is the oldest major. Combining the home of golf with traditional links venues, the list of the greatest champions, and finally, the oldest and most historic trophy for the champion golfer, all of this raises the status of this event to the pinnacle of golf championships.