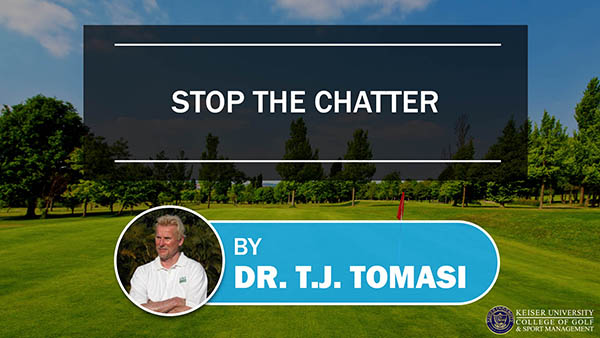 After winning several majors in the 1930s, Ralph Guldahl wrote a book in which he broke down his swing with a detailed analysis — subsequently, his swing fell apart. Some suspect it was because he verbalized his swing so much that he couldn’t perform it anymore.

The inference here is that too much analysis causes swing paralysis. Note, however, simply overthinking does not explain why so many players, including a wide range of champions such as Bobby Jones, Tom Kite, and Phil Mickelson (the new PGA champ), analyzed their golf motion down to the function of the left toe without causing “paralysis from over analysis.” So, being analytical is not the only problem.

My belief is that the real culprit is not the amount of analysis, but one of its delivery systems, a phenomenon called “verbal overshadowing (VO).” By describing what you are doing when you swing, you can degrade not only the current performance but also the long-term retention of the movement.

This may be why players such as Ian Baker-Finch and Tiger have described themselves as being stuck in between swings at certain junctures. Verbal overshadowing has mutated the stored swing info so that where you once had clarity, you now have gaps in the template.

This theory is backed up by science. Researchers at the University of Michigan and the University of St. Andrews in Scotland studied a group of 80 low- and intermediate-skill golfers. The subjects performed a unique putting task, after which half described their actions verbally in detail while the other half performed an irrelevant verbal action not germane to the task. They then performed the putting task again.

On retesting, the higher-skill golfers who described their putting experience performed significantly worse than those who performed the irrelevant verbal activity.

The study’s findings also suggest that future golf swings can be adversely affected by verbal overshadowing, begging the question, “Is this the etiology of the mysterious Blass disease?” which occurs when, for no apparent reason, experts suddenly lose their skills.

Verbal overshadowing starts as a trickle of self-talk composed of inadequate descriptions. Gradually, small numbers of misinterpretations gain a foothold in the template.

To mitigate VO, here are some interventions:

1. Stop using in-depth verbal descriptions of your swing. At some point, except for maintenance, you must be done with your swing.

2. Prune your shot routine to exclude verbal overshadowing. At no point before, during, or after the swing do you need a flood of verbal depiction. Get mad, but don’t get descriptive.

4. Add imagery to your shot routine and learn to rely on its power. Visualize rather than verbalize.

6. Keep a quiet eye: Focus your eyes on your target with minimal jumping or darting around. A steady stare can increase focus and decrease your inner conversation, a major cause of verbal overshadowing. Stare at the target and glance at the ball. In other words, ‘get fascinated with the target. 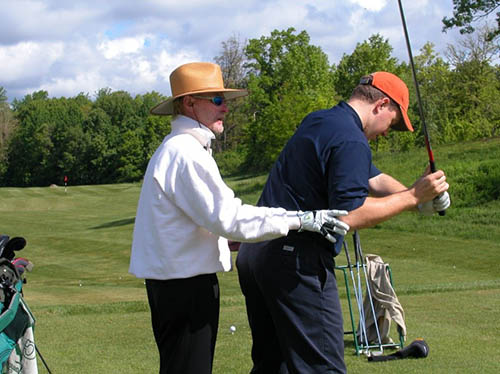 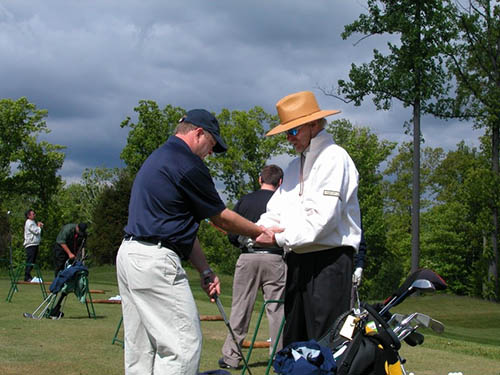 END_OF_DOCUMENT_TOKEN_TO_BE_REPLACED

8 Methods for Staying Calm While Golfing

The Importance of Golf Posture