Release the Femur as Part of the Sequence

Release the Femur as Part of the Sequence 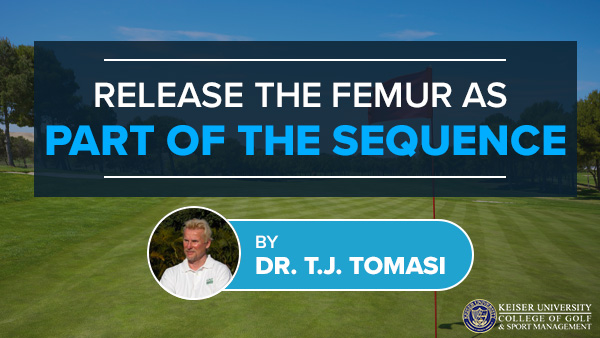 In my world, the best swing mechanics are “lets” rather than “makes.” The reason is that the swing is so fast golfers don’t have time to make conscious adjustments, so the most efficient swing occurs when you recruit your best friend — momentum [MO].

In this lesson, Kevin was an easy fix. Even though he was a tall, muscular player at 6’3”, he was a short hitter – average 8-iron 150 yards; driver = 275yards. The interview revealed a healthy, well-conditioned body that hit quick hooks when things went badly, so I was looking for two factors, a power leak, and a closed clubface. But the interesting takeaway from this lesson was not so much the diagnosis/fix but the concept that when you fix a problem, you should make the fix a part of a sequence, so it unfolds automatically with no manipulation. This way, MO works for you. But first, Kevin’s X’s and O’s.

Kevin took the club away solely with his arms and upper torso, never using his lower body. His left knee stayed frozen over his left foot, and because his left thigh bone didn’t move, his pelvis couldn’t rotate, so he ended up lifting the club to the top with insufficient coil – the cause of the power leak. He hooked the ball because he was all upper body, so the club flipped by him at impact, closing the face. To stop the hook, he subconsciously slowed his entire swing down, making all his shots much too short.

The fix was easy enough, but there is a right and a wrong way at this crucial juncture, and you can ruin the lesson if you pick the wrong choice. I could have just told him to bend his left knee inward behind the ball to promote coil, but that would have involved a “make” where Kevin had to ‘do something.’ Better was to encourage him to incorporate the move as part of the sequence of his backswing so that the arm swing pulled the shoulder, which in turn pulled the hip and the hip pulled the femur, which shifted the weight onto the inside rim of the foot. The key here is that rotational motion is compromised if the thigh bone (femur) is restricted either during your backswing as Kevin’s was, or on the downswing, a flaw of Phil Mickelson’s that surfaces just enough to be troublesome. 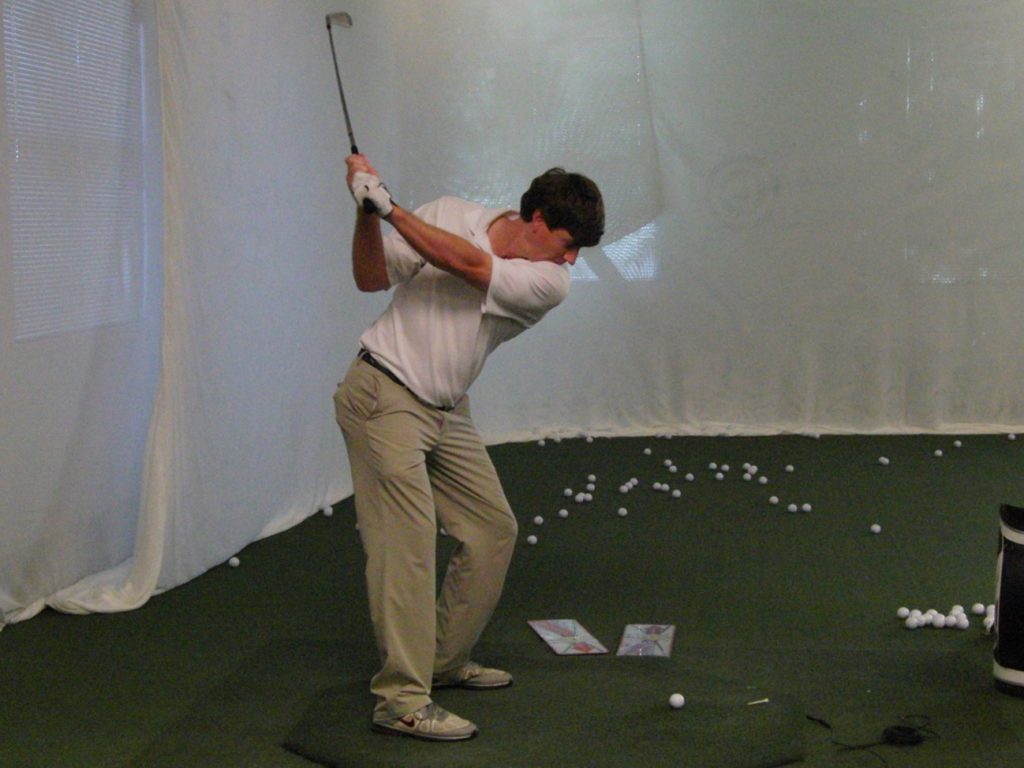 His swing key is to allow the arm swing to pull the knee backward, releasing his femur, so his pelvis can participate in the coil. 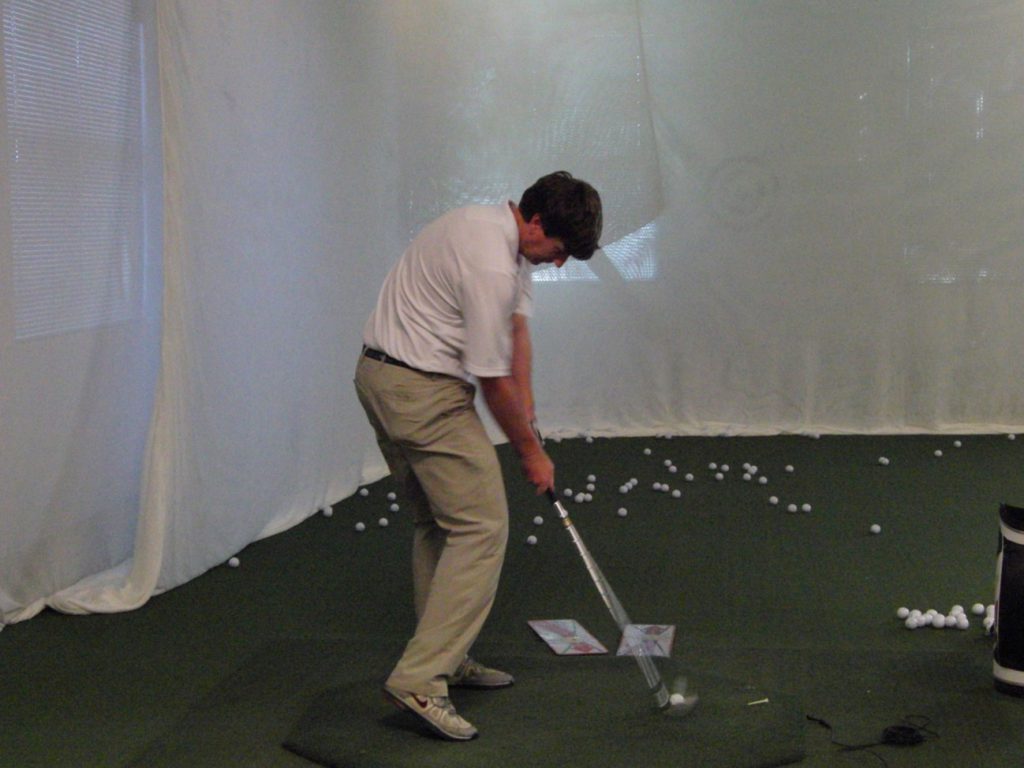 Releasing the front femur on the backswing puts Kevin in the perfect position to release his back femur through impact, so his power is back and his face is square. This young player can now sleep at night knowing his swing is back on track.