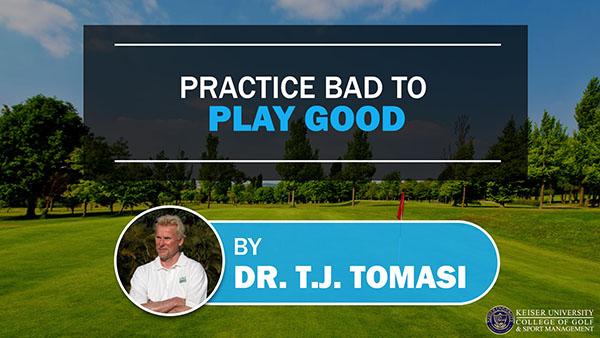 A common mistake students make in learning to play golf is to exaggerate the good until it becomes bad. Here’s an example:

A new student of mine had previously had a lesson with another instructor. To fix an error in which he had the clubface pointing at the ground when he was about waist high in his backswing, he was instructed to rotate his forearms at the beginning of his swing. By the time I saw him, he was over-rotating his forearms and fanning the club inside. Basically, he substituted one error for another.

But all his work was not in vain, for students often find the middle ground much more easily when they have visited the extremes. I use an intervention technique invented by psychologist Viktor Frankl called “paradoxical intention,” in which you deliberately and repeatedly perform an unwanted pattern of behavior to gain control over it. In this approach to problem-solving, deliberately doing the bad can lead to deliberately doing the good, which is exactly what my student and I were about to do.

Since ‘feel’ and ‘real’ are very different, it helped to use video stop-action to show my student where he was (the bad) versus where he should be (the good). I also placed a stick between his forearms so he couldn’t rotate them. This led to the feel of a one-piece takeaway where he kept the club in front of him rather than losing it behind him. 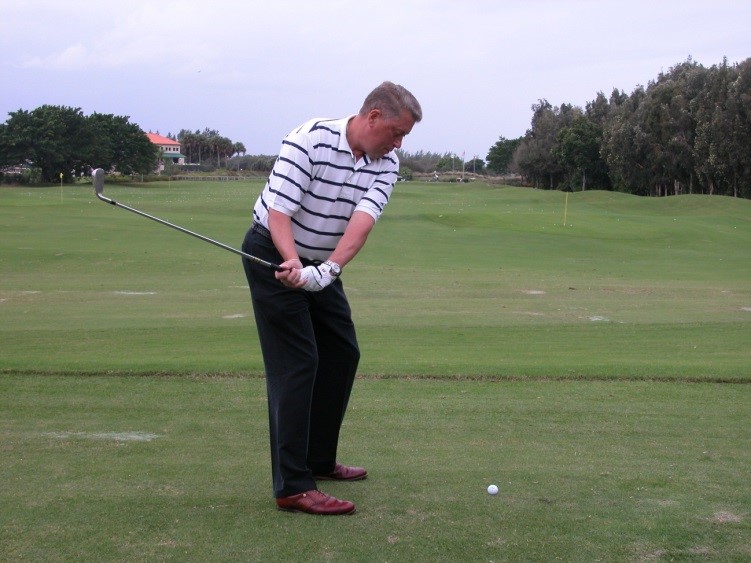 Here the student demonstrates his mistake, fanning the club inside by rotating his left forearm too much and too early. Note how you can see his watch here, but not in the next photo. His goal is to do it ‘perfectly wrong’ until he can identify the feel of the bad position – then it’s time to proceed to the ‘right’ way. 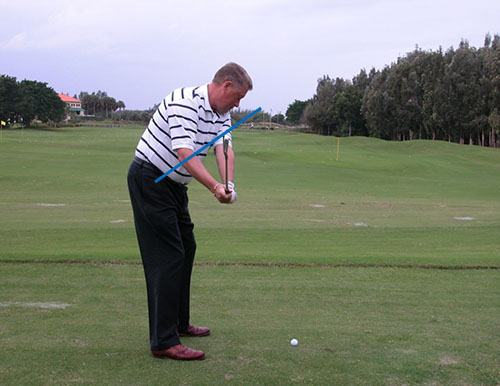 Now there is no hint that he rolled the face.  The line represents the stick we used in practice, fitting under his right arm and over his left. I held the end of the stick closest to the ground.