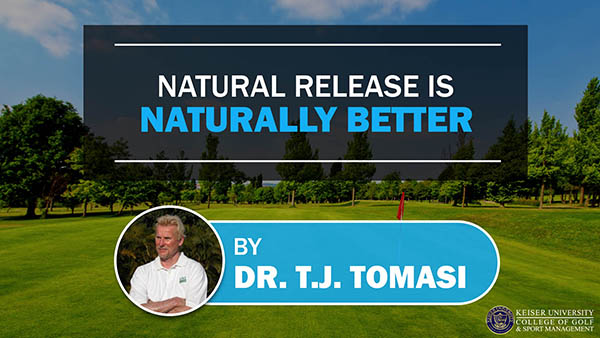 I used to have a young student who would shout ‘Ball go far!’ every time she hit her driver. She turned out to be a very good player, and her golf ball did go far, primarily because she didn’t try to make the club go fast, a mistake many golfers make.

To take maximum advantage of the force you generate, you must hit the ball on the sweet spot of your clubface, but that’s hard to do when you try to muscle the ball. It’s not just weekend players who are sidetracked by the “hit instinct.” Case in point is Tiger Woods, who has rebuilt his swing a number of times. Each time his new range swing quickly becomes a well-timed affair – so much so he took to calling himself ‘Ranger Rick.’ But under the heat of tour competition, there was a time frame where over-manipulation took place as he turned on the muscle.

The importance of the golf shaft coming down under the hands in the so-called “shallow position” produces a natural squaring-up of the clubface without manipulating the club. This position, demonstrated in the pictures below, is mandatory for proper ball striking, and it is often compromised when a player tries to hit the ball too hard. 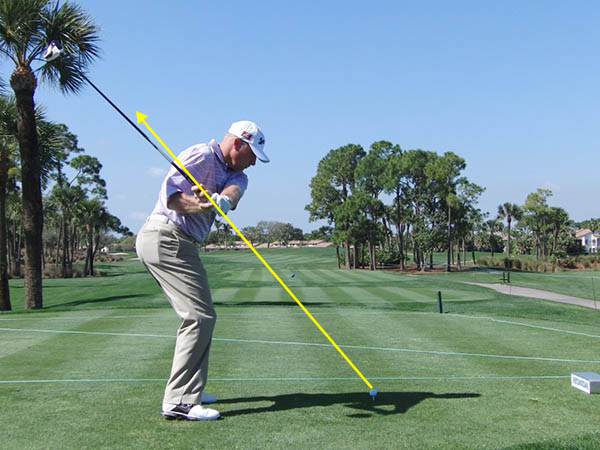 The arrow represents the hand plane, and, as you can see, the clubhead (center of mass) is below or underneath the plane. If your clubhead is on the top side of the line (too steep), it requires a good deal of added manipulation to square the face at impact. And it’s that manipulation that causes off-center hits and the inaccuracy that goes with them. 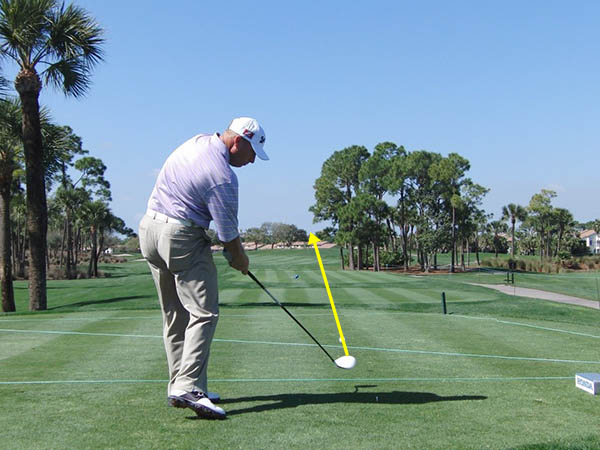 Because of the shallow position in the first photo, this professional squares up the face without having to manipulate it. He uses the natural release motion available to all those who get in the correct position starting down. Good players use the natural release, while poor players must use a manipulative release. Thus, over time, good players will strike the golf ball more in the center of the face, allowing them to win the game of probabilities.