My Caddy Experience at the 2022 Masters

My Caddy Experience at the 2022 Masters 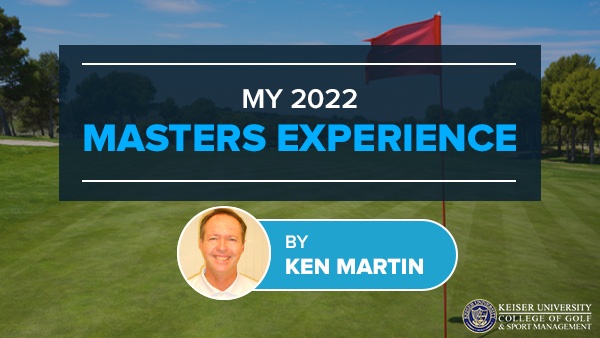 Back in the year 2000, I received one of the most meaningful phone calls of my life. At the time, I was the Education Coordinator for a golf instruction company called Natural Golf. The call was from the President of the company, who informed me that Sandy Lyle, the 1985 Open Champion, 1987 Players Champion, and the 1988 Masters Champion, was interested in our swing method, and I was the instructor tasked with introducing it to him.

All went well, and Sandy represented Natural Golf for two years while playing on the PGA Tour and PGA European Tour (now the DP World Tour), and I was his coach. Our relationship evolved into a friendship that continues to this day. From time to time, Sandy has given me the opportunity to caddy for him at both Tour events and major championships, including the Masters. This year’s Masters was my seventh time on his bag inside the ropes at Augusta National.

For Sandy, the Masters week starts on Sunday, four days before round one. After the iconic drive through the entrance and up Magnolia Lane (as I am fortunate to be traveling with the Lyles), the first stop for every caddy is registration at the Caddy House. Here I was greeted by welcoming and accommodating staff that ensured I was up to date on all caddy regulations for the week (3-pages). I was provided with a locker, official badge, parking pass, official yardage book, official caddy hat, and some of the best food for breakfast and lunch all week. The great food and convenience of the Caddy House to the practice range make it a regular stop for many players also; I found myself quickly in the company of John Rahm, Adam Scott, Danny Willett, and Shota Hayafuji (the caddie for defending Champion Hideki Matsuyama). Once I was fitted into the traditional caddy attire, I was off for my first loop. 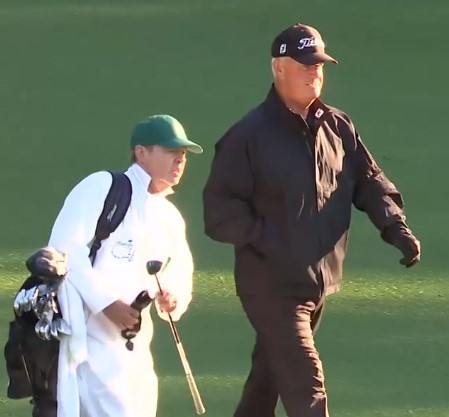 We started with a round on the par 3 course and then 18-holes on the championship course. This year Sandy played the first practice round with Ian Woosnam, the 1991 Masters Champion. As Sunday is the finals of the Drive, Chip, and Putt Competition, past champions and their guests warmed up on the smaller member driving range, a practice area used prior to the construction of the Tournament Practice Range in 2010. On this cozy tee, we greeted Jose Maria Olazabal, as well as the guests for Sandy and Ian, and their caddies, all of whom work seasonally at Augusta National. Then it began, another opportunity to walk through history. 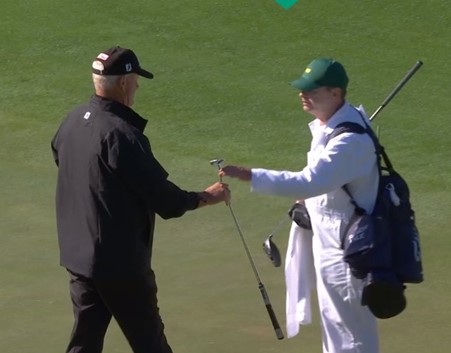 The par 3 event, first played in 1960, was twice won by Sandy. The course is as immaculately conditioned as the championship course, with greens just as fast and beguiling. It was quite serene on this Sunday as our group was virtually alone on that part of the property. The tranquil environs continued as we transitioned to the first tee on the championship course, Tea Olive. The first course changes were noticed on hole 3 with a widening of the left side of the green coupled with a deeper collection area for shots that fly a bit too far on that side. The greens in general, and their surroundings, were quite “lively,” as Sandy remarked. There were two more major course changes expected. They were to holes 11 and 15, and both involved lengthening. As we progressed through the round, several comments were made relative to the density of the ryegrass throughout the course. I have always been impressed with the playing surface; however, this year, it seemed even better; if one was on grass, the lie was ideal. Following is a review of the rest of the week. 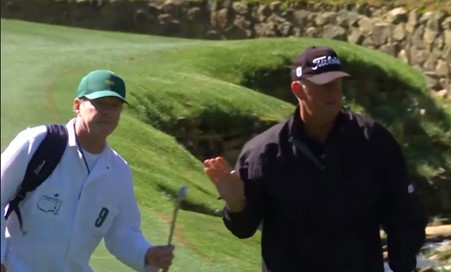 Tuesday: Weather issues were forecasted for the early afternoon, so we hit the practice tee early for a few shot refinements. Sandy visits the Ping workshop to pick up a new 50° wedge; the new grooves will help for better spin control on partial shots. Thunderstorms throughout the afternoon led to many Gin Rummy games prior to Sandy’s departure for the Champions Dinner.

Wednesday: A quick jaunt around the front nine joined Collin Morikawa and his caddy J.J. Jakovac. Queries of Sandy’s 1985 Open win led to a historical account regarding the Championship Belt, the Open’s first prize prior to its replacement by the Claret Jug in 1872. I get the afternoon to spectate as Sandy has a guest caddy for the Par 3 Contest.

Thursday: Conditions caused by the rough overnight weather (3” of rain) delay our start to 11:48 a.m. Nice pairing with Stuart Hagestad, a wonderful player with an excellent amateur tournament record, including two wins at the Mid-Amateur championship, three Walker Cup appearances, and the Low Amateur award at the 2017 Masters. The weather is great by the time we go, and there is no place I would rather be! A rough go at hole 12 due to the classic Amen Corner wind vortex and an uncharacteristic double-bogey on hole 17 really dented the score. However, a chip-in birdie on hole 18 left us both and the patrons in good spirits.

Friday: We were the first out at 8:00 a.m., and it was cool in the sun, cold in the shade, and even colder when the wind started. Sandy had a good warm-up that led to a solid ball-striking round. A nice chip-in at hole 11 followed by a stellar birdie on hole 15 had the round in fine stead headed to hole 16. It was an exceptionally fine line relative to scoring on the final three holes, all of which were fractions from par, but ended with bogeys. Though the score for two rounds was 158 and a missed cut, there were several positive takeaways that Sandy will use for his next few PGA Tour Champions starts. Although I was hoping to work the weekend, my six days at the Masters were inspiring and extremely satisfying.

Saturday: We left Augusta mid-morning, and I returned home by early evening. On this day, my good friend Sandy Lyle presented me with a priceless gift. It was a 2022 Masters flag signed by the attendees of the Champions dinner; my week of memories was sealed with a one-of-a-kind keepsake. 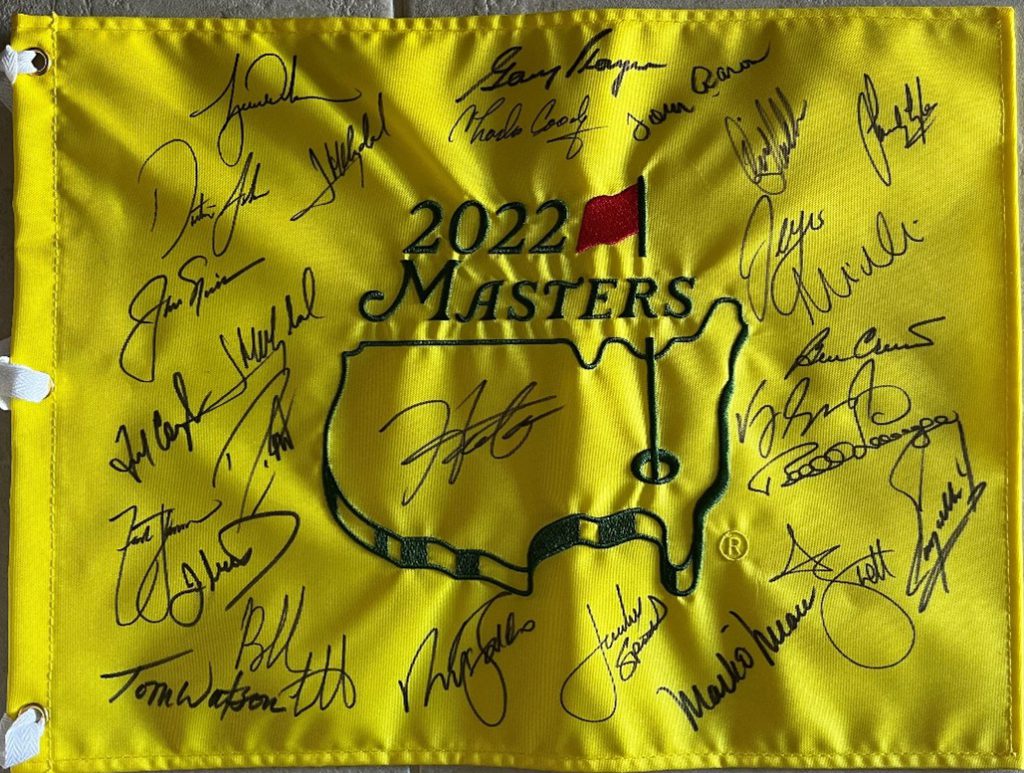 If you’d like to study with Ken Martin and other PGA Master Professionals, contact The College of Golf today.