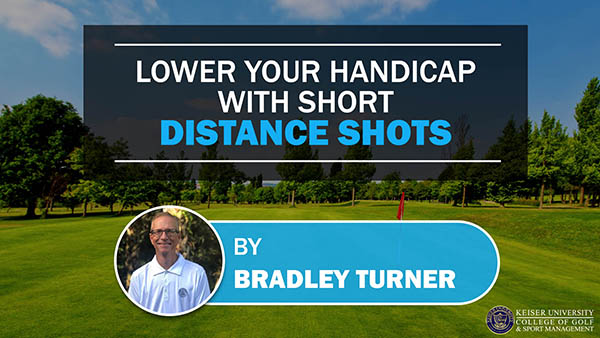 Tiger Woods is involved in a new golf venture called “Popstroke,” which is a blend of mini-golf and TopGolf. Instead of asking customers to make full swings and hit golf balls out to targets, “Popstroke” is presenting realistic putting situations to their customers while they consume their favorite beverage. This new venture is a perfect place for non-golfers to learn an important aspect of the game and have a lot of fun along the way.

I am looking forward to the new location in Orlando opening soon and taking the family to an extreme mini-golf experience.

While many experienced golfers may think that “Popstroke” does not fit their skill level, my own experience by playing with thousands of golfers over the last 30 years tells me a different story. It is shocking how many strokes are used to get a golf ball into the hole from very short distances. Most golfers dismiss this weakness as something they can fix easily, yet they repeat the same errors time and again. A few years ago, I recorded the statistics of every golfer I played with over a one-year period. The results will not surprise any seasoned golf coach, but it may be shocking to the average golfer.

During my research, I kept track of all attempts within 40 yards of the flagstick. I also counted every stroke taken to get the ball into the hole from three different positions around the green. The first was a simple chip shot or putt from the fringe. The second was any greenside bunker shot, and the third category was all other shots from within 40 yards of the hole.

The chart below represents the successful conversion percentages in each of the three categories. I also grouped golfers together into four categories with the resulting scoring averages consistent with scratch golfers, 4 handicap, 14 handicap, and 24 handicap golfers. For example, an average 4 handicap golfer can expect to get up and down 44% of the time on all shots from within 40 yards of the hole.

By reviewing the chart, it is an interesting finding that there is such a linear change in conversions as the golfer’s handicap increases.

Once the skill of getting out of a bunker on the first try is consistent, there are other short distance shots that need attention. Specifically chipping and lag putting.

The mechanics of a chip shot are very simple. Nevertheless, the skill in getting the ball close to the hole is underestimated by almost every single golfer. There is a high level of skill in hitting a chip shot solidly and the correct distance. Low handicap golfers are superior in all aspects of short-distance golf shots, including the simple chip. If a 24-handicap golfer wants to lower their handicap, I suggest that they start by learning to chip and lag putt like a lower handicap golfer!

Average Strokes to Get the Ball in the Hole

Imagine playing a par-3 course with every hole less than 40 yards in length. Some of the holes will be simple chip shots; others may be bunker shots, and the rest a variety of short distance shots. Whenever I ask a student what they could expect to shoot on this super short par 3 course, they are rarely close to the reality. Here are the real expectations of each group of golfers playing this imaginary 9-hole par-3 course. A scratch golfer will shoot 6 under par (21). The 4 handicapper can expect to shoot 4 under par (23). The average avid golfer, according to the USGA, is a 14 handicap, and they can expect to shoot two under par (25). Finally, the average 24 handicap golfer is unable to shoot par even on the shortest par-3 golf course. They can expect to shoot one over par (28). Since we have so many golfers above the 24 handicap skill level, why not get them playing from short distances and learn the skill of getting the ball in the hole as soon as possible. The game of golf is getting the ball into the hole, not hitting it as far as possible on a driving range.

This brings me back to “Popstroke.” For the non-golfer interested in learning to play golf, the “Popstroke” experience is a perfect starting point in developing some very important skills in golf. In addition, I see “Popstroke” as an opportunity for many avid golfers to have some fun with their golf friends and non-golf friends.  At the end of the day, the game of golf is about getting the golf ball in the hole.  Learning to play golf from the hole back to the tee has been written about extensively over the years.  Tiger is bringing a cool golf experience to anyone interested in the game of golf.

Maybe “Popstroke” will help inspire new golfers to develop a better short game before taking their skills to the “big course.” If so, not only will the golf industry have more golfers, they will be better golfers too!