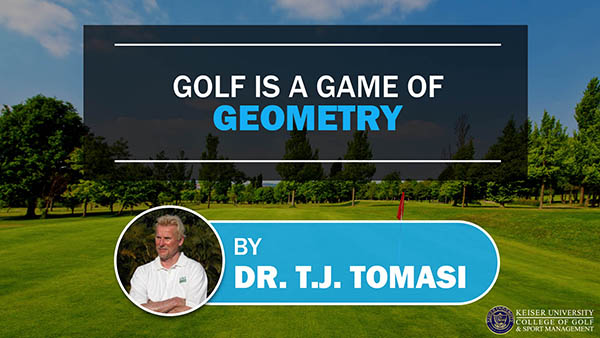 Golf is a game of geometry; so, to facilitate the rotary action of the swing, a key element is that the ball must be in the correct position at address.

One way to look at it is that all you’re really doing with your setup is arranging a collision, so that when your clubhead arrives at the appropriate point on the arc, the ball simply gets in its way. If the ball is somewhere other than the ideal position, impact will be mistimed, producing an off-line shot. Ball position also influences your shoulder alignment and, consequently, the path of your swing. Position the ball too far forward and your shoulders open, encouraging the out-to-in swing path characteristic of a slicer. Position the ball too far back and your shoulders close, which promotes the in-to-out path that facilitates a hook.

To determine where to place the ball for each shot, make sure your head is positioned in the center of your body with your eye line parallel to the intended line of start. Since your head serves as a reference for correct ball position, you don’t want head-tilting to distort your view. In addition, correct eye alignment is important because there’s a tendency for the swing path to follow the eye line. Except for special ball flights, your hands should swing away parallel to your heel line; however, if you tilt your eye line to the right at address, the club travels too much inside during the takeaway. Those who tilt left often make the opposite error — an outside-the-line takeaway.

How important is ball position? I offer the case of Ralph Guldahl as an example. A very good player, Guldahl won several major championships in the 1930s and signed to write a book that included photography on every page. The problem was that the photographer didn’t understand golf, and he took the address shots at an angle that made it look as if the ball was too far back in Guldahl’s stance. After looking at the photo’s Guldahl moved the ball well-forward of his normal position and promptly lost his game. A few years later, no longer able to play at a high level, he retired and became a teaching pro. 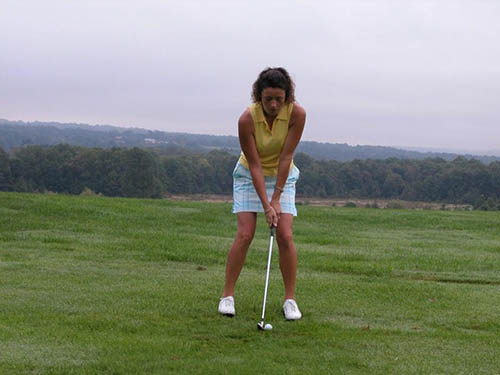 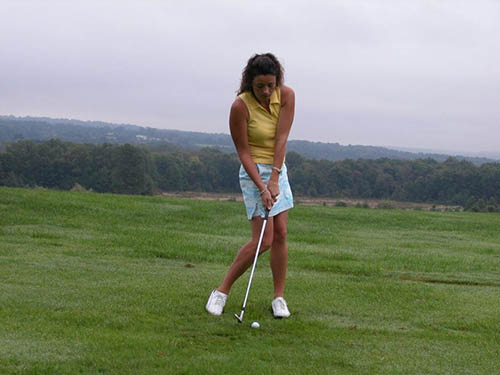 It takes practice to find the right ball position at address and match it up with the desired ball flight. With a short iron and the ball in the middle of her stance, this golfer has her hands ahead of her clubhead at impact in order to strike with a descending blow. If she had positioned the ball off her left shoulder, she would take the ball with an ascending blow, which would be correct for a driver.