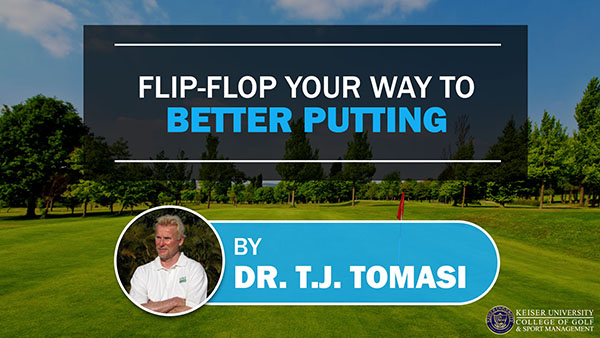 In politics, the kiss of death is to be a flip-flopper. Unusual as it is, changing your mind because of new information is considered a character flaw in politicians. But in ‘real’ life, as General Douglas MacArthur said, “The hand closed permanently in a fist is useless in hand-to-hand combat.” In my opinion, we are much safer following the dictates of one of our greatest soldiers, who must have been a great fan of triangulation in golf, where changing one’s mind is the essence of the game.

The three vantage points from which you gather your “mind-changing info” match the three points on the triangle:

As you move from point to point on the triangle, your commitment to the line of the putt often changes. This is as it should be because, as you gather more information from different vantage points, your brain adjusts the line or curve of the putt automatically — wow, your brain is a handy thing to have around at putting time. The point is your brain needs to keep “changing its mind” until it gets it right, and it does this by processing the flow of information from triangulating.  For your brain to do its thing, all you must pay is attention. So, make sure you have a putting routine designed to locate the target by gathering enough information about distance and direction to get the ball in the hole. Give your putting routine a permanent structure, so it’s an integral part of the putt rather than a trivial option that comes before the real thing. 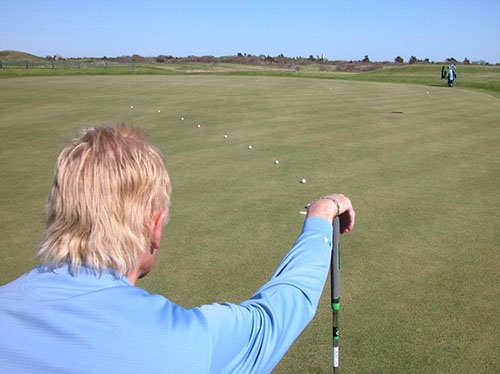 To accurately peg the position of the cup in relation to my ball, I need to use triangulation, where I look at the line from three vantage points.  I start behind the hole, but when you use just one position to determine the location of an object, you’re likely to encounter parallax – i.e., distortion via the position of the observer. That’s why surveyors use more than one position to measure the exact location of objects – they can’t afford to be fooled, and neither can you. 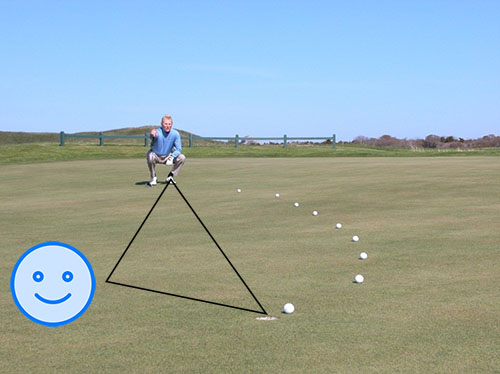 Next, I’ll move to the point on the triangle marked by the smiley face, and lastly, behind the ball for my final read.