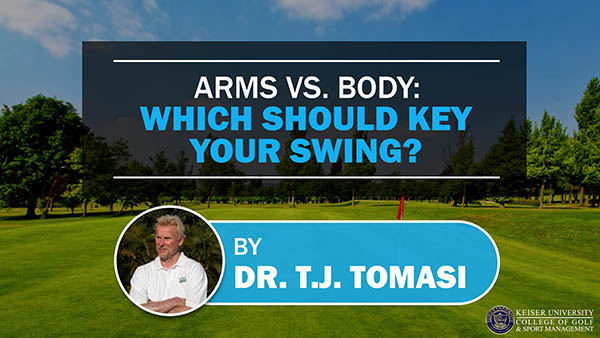 I once conducted an informal survey by asking my students what they thought about during the swing in terms of swing mechanics. The responses were generally in two categories: 1) the body and 2) the arms/hands. I also used each player’s handicap. The distribution of some 40 queries was that it depended on how good a player the student was. The dividing line was roughly about a 10 handicap.

To find out what your student is thinking during the swing is important info to a golf teacher, and it worked out as follows: If they were below a 10, chances are they already learned to quiet their arms and hands, so their thoughts favored relying on the rotational motion of their body to generate both accuracy and distance. In the better swings, the arms and hands are more passive in that they react to the lead of the body as the kinetic chain unfolds. There is limited rolling of the forearms through impact because you square the clubface to the ball by the full and unrestricted release of the trail side. If the student was a double-digit handicapper +, the swing concept involves using the arms and hands aggressively while keeping the body as quiet as possible. Here the arms dictate the speed of the swing, and the hands and forearms actively time the release of the club through impact. There is a noticeable rotation of the forearms that, coupled with the release of the wrists, allows the toe of the club to pass over the heel through the hitting zone.

Takeaway
This polling suggests that the hit instinct leads the novice initially astray and must be muffled by attention, early on, to the rotational body release sequence characteristic of first-rank players. 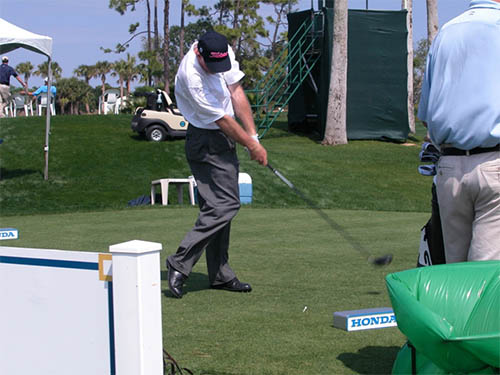 Even just after impact, the forearms of PGA Tour player Frank Lickliter haven’t rolled over yet.

END_OF_DOCUMENT_TOKEN_TO_BE_REPLACED

How to Practice on Your Couch