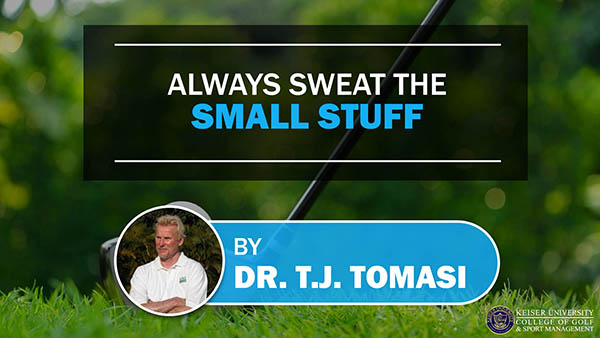 Napoleon lost at Waterloo because someone in his army forgot to bring the nails to disable the cannon so they couldn’t be used by the enemy if the gun emplacements were overrun. And as fate would have it, at one point in the battle, the French line was breached, and the enemy turned the captured French guns against them with devastating results. At Antietam, a Union foot soldier found the secret orders for General Robert E. Lee’s entire battle plan left in a field tent wrapped around some of Lee’s fine cigars. This oversight handed the North a decisive battle in the Civil War. And because of an error in punctuation in a handwritten field order during the Battle of Balaclava, into the valley (the Valley of Death) lined with enemy cannon and sharpshooters, rode the 600 to their slaughter.

These failures to attend to small details were tipping points of history, and they teach a valuable lesson for all golfers: Sweat the small stuff.  Most golfers think that when a tour player takes a lesson, it’s on special elements of the swing that are too complicated for the average bear, but that’s not true. It’s mostly mundane things, the same things you should take care to include in your swing. For example, one of golf’s greats, Jack Nicklaus, took a brush up series of lessons at the beginning of each tour season from his teaching pro-Jack Grout featuring grip, stance, aim, etc., aka the fundamentals. In the next two articles, I’m going to run through the swing process so you can incorporate the important “little things” in your swing that are easy to overlook, such as the pre-shot routine, or as I like to call it, “the ritual.”

Of course, golf requires physical power, but it also requires another kind of power: the power of the ritual, a golfing amulet that has the ability to turn a playing field into a safe haven. Once personalized, the sequence and composition of the parts of the ritual never vary, and it is this sameness that gives the brain solace, no matter how stressful the situation. The power of your golf ritual comes from the exact repetition of a sequence, a repetition that creates an aura of control, even when things are going poorly. If you are surprised at the importance of adding a ritual to your golf game, then you are in dire need of one, so be sure to see the next installment on this topic. 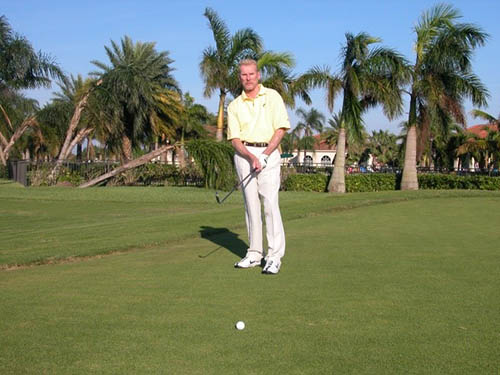 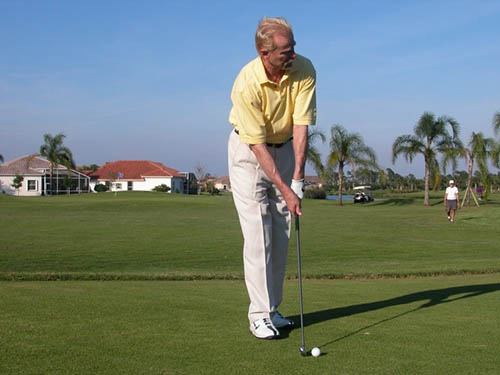