A Lesson for a Lifetime

A Lesson for a Lifetime 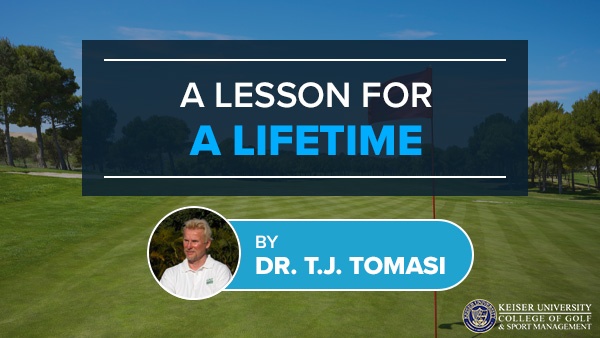 The player in the photo below was a very athletic student at Keiser University who aspired to be a scratch golfer. When we met, he was a low handicap, and after evaluating his swing, I honestly told him that he’d gotten about everything he could out of his current swing, i.e., performance-wise, he’d maxed out. He had a number of compensating errors that for the average golfer would produce golf scores in the 80s, but because he was such a good athlete, he scored in the high seventies. Now he must make a choice between the three basic kinds of lessons: 1) Reconstruction, 2) Matching, and 3) A Fault-fix.

After a discussion where I described what was involved in each, he decided to undergo Reconstruction, the most difficult lesson type because it demands much practice, patience, and long-term commitment. Since he had another year at Keiser, I knew we had sufficient time to make the changes, and because he was a student of mine in several classes, I also knew he had a high golf IQ along with the persistence to make the changes. All he needed was a long-term plan and some guidance. The first step, after I’d gathered a detailed history, was to create a blueprint for his new swing and a sequence for installing the blueprint. It began with a basic – his stance was much too wide, forcing his shaft off plane during the downswing – plus his hands were too close to his body, using up valuable space needed during the slot of the club on the downswing. Both changes improved his balance and calmed down his excess body motion. 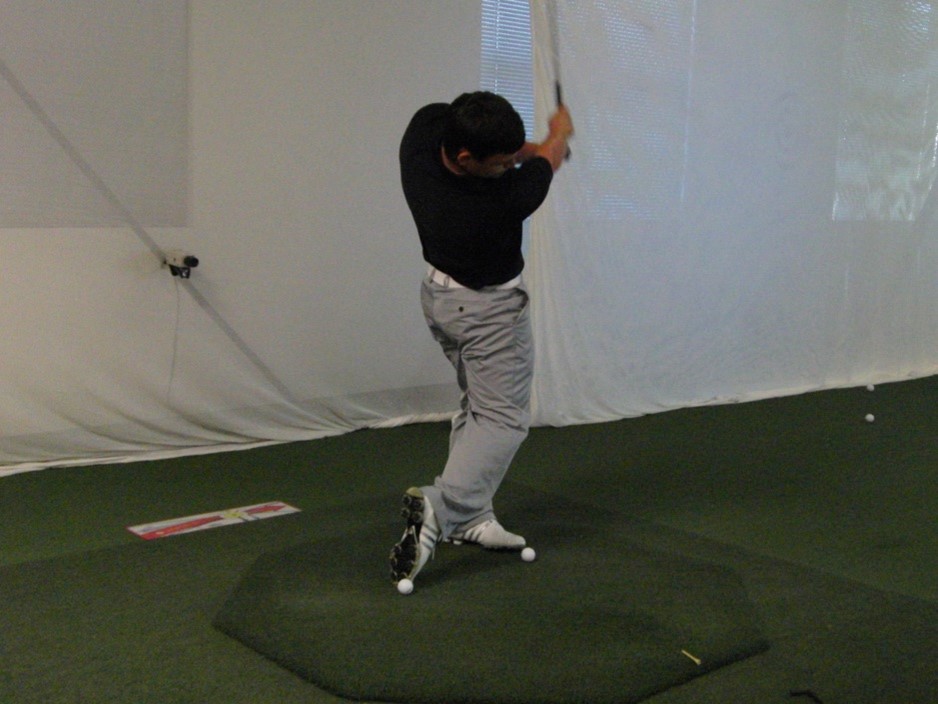 Fixing his stance width improved his balance immediately. His trail knee is now even with his lead knee deep into his follow though, the benchmark for the proper stance width at address. Fixing the stance width often fixes several other mistakes down the line. In the photo, I use two balls, one on each foot line, to help him position and control the use of his lower body. Then we fixed the other errors one at a time — and had a great time doing it. My student will make a great golf pro – by graduation, not only could he play, but he could also help his membership by teaching them to play better golf.