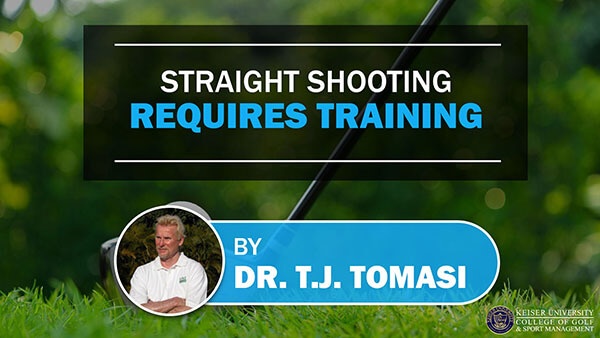 Joe Nizzari, certified law enforcement and civilian small-arms instructor, outlines how the human brain works under attack and how you can best defend yourself if you carry a gun, in an article titled “Condition Three: Is It for You?”

In reading the article, I was struck by the similarities between golf and small-arms defense. Both require training that will improve your response time under threat, both require proficiency with an instrument, and both propose a strategy or plan that is practiced enough so that it becomes part of your unconscious competence; i.e., you can execute the plan under stress without thinking about it.

Granted, golf is just a game while defending yourself can be a life-and-death undertaking, but in both cases, the pressure is on, and the stakes are high. “Condition three is a mode of carry that I have found to be the carry method of choice for some armed citizens,” explains Nizzari. But before you are “carry ready,” there are some things about training and performance under stress you should know.

Nizzari states that under attack, you’ll lose 50 percent of your marksmanship capabilities during the first few seconds due to the stress chemicals your brain produces. Other studies show that even a simple act like dialing 911 correctly can be a problem under stress. I worked with a professional player who, in her first big tournament, was so overwhelmed by stress that, for the first six holes, she hit almost every shot off the hosel.

These examples illustrate the point — to operate effectively under pressure takes preparation. And it’s no secret that practice with your instrument is one way to increase performance under stress. Both golf and shooting a gun are perishable skills. Nizzari says that for every day of missed training, 3 percent of marksmanship capabilities are lost. This tracks with what the king of practice, Ben Hogan, always warned: For every day of missed practice, it takes three days to get back to where you were.

Why is practice the antidote to the effects of stress? Nizzari offers a useful analogy: “When we train, we are conditioning the subconscious side of the brain to default to whatever action we need to employ at the time. It’s like putting in a blank CD disk and pressing play. The result?  Snow and static. Insert a prerecorded disk, and the disk will display whatever has been recorded on it. The human brain is no different in this regard.”

And it doesn’t make any difference whether you’re shooting a gun or hitting a 6-iron. To be accurate under stress, you must have a pre-recorded program that allows you to make the shot without having to think about your technique.